Mosprom Reports: Trade Turnover Between Moscow and Spain Up 40.3% in 2021

Posted 12 Nov-2021 06:26 PM by wagner | 864
Abuse
Previous Next
A key driver of the higher trade turnover with Spain was the capital city's non-resource and non-energy exports, which reached USD 28.10 million in the first half of this year, up 40.8% year-on-year and double the number for January-June 2019.
A breakdown of exports shows stable increases in both industrial and agro-industrial exports. According to the Mosprom Center, Moscow significantly boosted exports of industrial goods to Spain in the first half of this year, including electrical devices, communication equipment, low-voltage electrical distribution equipment, and semiconductors. Other popular exported goods included plastic and rubber products, communication equipment, machines, makeup and skincare products, and clothing. Industrial exports in the first half of 2021 reached USD 12.18 million, up 25.4% year-on-year and up 30.5% from the same period of 2019.
"We are also seeing a surge in Spanish demand for Moscow's agro-industrial products. Local companies exported USD 15.92 million in agro-industrial products to Spain in the first half of 2021, up 55.3% from January-June 2020 and up an emphatic 249.1% from the same period of 2019," added Alexander Prokhorov.
The Mosprom Center, a branch of Moscow's department of investment and industrial policy, provides personalized support for local industrial and agribusiness exporters.
The experts at the Center analyze target markets for the capital's manufacturers. Its specialists study macroeconomic reports for each target market, as well as its risk profile, including barriers to entry, the state of the industry in the target market, its dependence on exports and imports, and SWOT analyses of consumer demand. The Center's experts also perform individual analyses for the companies they work with in order to determine the most effective strategy for entering foreign markets.
In addition, as part of its buyer program, the Center's experts help local companies find partners and negotiate with potential buyers abroad. They also help exporters participate in international trade shows and business missions. All of this assistance is provided free of charge.
Source: Mosprom
Source: https://www.newswire.com/news/mosprom-reports-trade-turnover-between-moscow-and-spain-up-40-3-in-2021-21552138 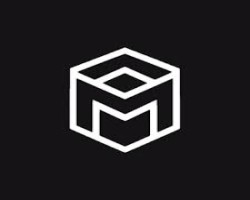