What are the benefits of a Press Release?

You may have heard the expression “press release” a few times before. It’s actually very possible you’ve read your fair share of articles based on Press Release For Website but have you ever wondered what a press release actually is?
As per the definition is given in the Business Dictionary, a press release is:
“Written, audiotaped, or videotaped matter about a book, event, person, or program, presented by its promoters or principals to the media for editorial comment and free coverage. Also called media release or news release.”
We’ll use this article to further make you understand the entire concept of the press release, why some provisions provided by us in our website Press Release Power.
The term Online Press Release can be broadly defined as inculcating new technologies to effectively communicate with stakeholders and consumers over the Internet. When a business is making an effort to flourish, then both online and offline press release should be used. Since now we are living in the era of digitalization, online reach through a press release is much easier and cheaper, and there are a number of tools that can be used. One of these tools is the company’s own website. It is the most suitable place to host value-added content that supports broader details about the business
Online Press Release Distribution Services are one of the fastest and easiest ways for businessmen to reach out to our homes, expanding or establishing the business and thereby helps to flourish in the target market.
At times when people think of the term "press release," the thing which comes in minds of most people is a piece of major life-changing news or a story published by a large corporation or government agency. According to the World English Dictionary, however, a press release is simply "an official announcement or account of a news item circulated to the press." 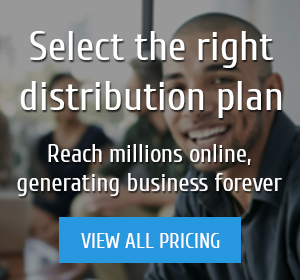 Most people consider that Press Release Submission is simply a one-way ticket to get the news about different businesses and services provided by the manufacturer to the consumers, from various sources.
All press releases’ main resolution must be to encourage something, whether it’s an event, an award, or some change in your company. It serves mainly for promotional and marketing purposes.
Press releases are can either be done by a specialized press release management company or by Best Free Press Release Site or sent to editors and reporters, in charge of selecting the ones that get published.
For starting, you must have a purpose for writing and sending out for a press release. You have to write about interesting topics that’ll actually capture people’s attention such as a special event or a new product or a feature.
After determining the purpose of, you need to specify who will these news targets so you send it out to media outlets that’ll actually be interested in sharing your news.
Press Release Power will help you from the very beginning, guidance for writing, easy to use and pocket-friendly submission, interesting packages for your Press Release Distribution all is provided by the company.