Posted 03 May-2021 04:07 PM by Andrea | 482
Abuse
Previous Next
The world's most famous building, the Empire State Building (ESB), will celebrate its 90th anniversary on May 1, 2021.
"The Empire State Building, the international icon and symbol of dreams, 90 years ago broke records and set trends," said Anthony E. Malkin, President and CEO of Empire State Realty Trust. "Today it is fully modernized for the 21st century, it is a world leader in retrofits for energy efficiency in the built environment, indoor environmental quality and measures to protect health within the building."
"Since we opened our doors 90 years ago, the Empire State Building Observatory has been a must-see for travelers from around the world," said Jean-Yves Ghazi , President of the Observatory. "Through our doors we have welcomed everyone, from the Queen of England to the Queen of Christmas ( Mariah Carey ), and our most important visitors are those who come to our observatory from all over the world, who today can visit the new design of all our experience, in which we have invested 165 million dollars. With the reopening of New York as of July 1, we look forward to the visits of our local and foreign fans who can travel safely to celebrate this important anniversary "
New offers for visitors
To commemorate its 90th anniversary, the Empire State Building will launch a host of new offerings, and new announcements will be made throughout the celebration year.
Birthday Lighting - The world famous ESB tower lights will glow white with a special "90" illuminated on the mast throughout the night.
New Historic Tour - The new 90 in 90 Tour will take visitors on a 90-year tour in 90 minutes as they explore the building's rich history. Treated like a VIP with their own ESB ambassador by their side, visitors quickly become experts and go behind the scenes at the Empire State Building
Collectibles of the 90 or anniversary: the gift shop of the Empire State Building will offer limited edition commemorative items of the 90 or anniversary, available only at the site.
Birthday present: with the purchase of a Sunrise, Premium or All Access ticket to the observatory, visitors will receive a commemorative bag courtesy of the 90 or anniversary.
Showcase David Yurman : in honor of the 90 or anniversary of the ESB, David Yurman , the jewelry brand most important luxury of the United States, will launch its new "Collection Empire" jewelry for women and accessories for men, with creations inspired in Art Deco architectural marvel, displayed in a glass case in the building's famous Fifth Avenue lobby . The Empire Collection will be available exclusively in David Yurman stores and on DavidYurman.com
Overwhelming Views with Starbucks Coffee: Throughout the month of May, visitors who show their ticket to the observatory at the Starbucks on 34th Street located inside the ESB, before or after their visit, will receive a USD hot or iced coffee 0.90 and a reusable Starbucks mug (while supplies last).
A reimagined visiting experience
Since its construction, the Empire State Building has prided itself as the world's most famous building, an international symbol of technology, imagination and ambition. Recent renovations and redesign of the visitor experience set an example for other buildings and attractions around the world. 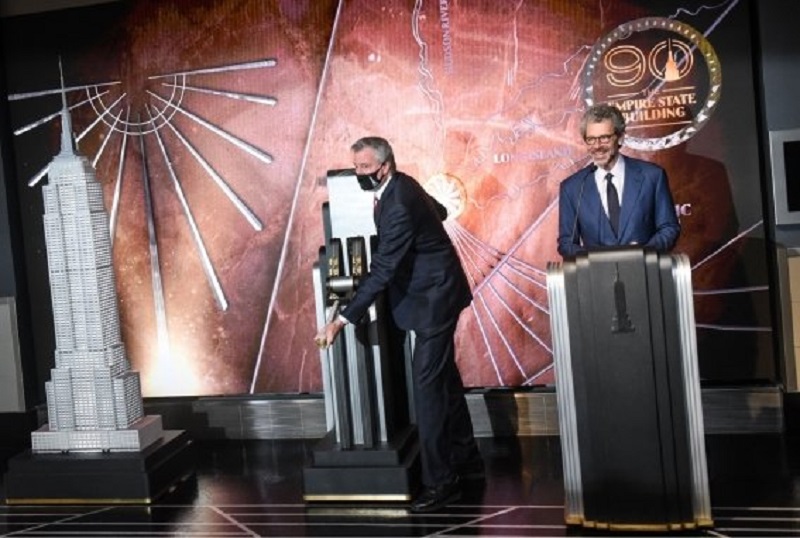 Redesign of the Observatory experience: In 2019, the renovation of the route for visitors to the 86th floor observatory was completed, whose works lasted 5 years with an investment of USD 165 million that included a new exclusive entrance for visitors on 34th Street, an immersive museum of 930 square meters and additional exhibits on the 80th floor. The redesign was completed with a new observatory on the 102nd floor that has floor-to-ceiling windows. The ESB also improved indoor air quality for the entire building, especially throughout the observatory's experience with AtmosAir's industry-leading MERV 13 filters and bipolar ionization. The building is part of the real estate portfolio of Empire State Realty Trust (ESRT), which was the first in the American continent to achieve the WELL Health-Safety rating, Adaptation to sustainability: Over the past 10 years, the Empire State Building underwent a revolutionary energy and efficiency modernization as part of the $ 550 million Empire State ReBuilding program that transformed it into one of the most efficient historic landmarks today. The building is among the top 20% of all Class A commercial assets in the country, and has been recognized by more than ten independent organizations for its leadership in sustainability. As a result of these efforts, ESRT obtained the highest possible GRESB 5-star rating and Green Star recognition for its sustainability performance in real estate, and was named Fitwel Champion for healthy and high-performance buildings. . The ESB works for a more sustainable future, Tower Lights Update : In 2012, the Empire State Building updated its famous tower lights to now display more than 16 million colors. The New Lights debuted with the first music and light ensemble show featuring Girl on Fire and Empire State of Mind by Alicia Keys . Recently, during 2020, the building once again offered the classic spectacle to bring moments of rejoicing to all New Yorkers during the pandemic.
Art Deco Classic Restoration : In 2009, the celestial ceiling mural in the Fifth Avenue lobby of theEmpire State Buildingwas completely restored. The project used aluminum sheets and 23-karat gold, the same materials from 1931, and took more than 20,000 man-hours to make. Last year, the silhouette of the Empire State Building was also restored to the original design that influenced various architectural styles. With the removal of several antennas and a new coat of waterproof silver paint, the ESB shines like new.
"For the past 90 years, the Empire State Building has been the undisputed landmark of the New York City skyline , with its iconic tower lights shining as a symbol of hope, strength and perseverance," noted Mr. Malkin. "We will continue to innovate and transcend the boundaries of technology, sustainability and tourism to ensure that the Empire State Building remains America's favorite building for the next 90 years."
Find here images and supplemental material file of the Empire State Building, the experience of the observatory and its emblematic lights. With more news and announcements to come, be sure to follow the Empire State Building on LinkedIn , Instagram , Twitter, and Facebook to stay up to date. For more information and to purchase tickets, please visit https://www.esbnyc.com/90 .
About the Empire State Building
The Empire State Building , "the most famous building in the world," owned by Empire State Realty Trust , Inc. (ESRT: NYSE), rises 1,400 feet from base to antenna above midtown Manhattan . The redesign of the Empire State Building Observatory Experience, in which USD 165 million was invested, offers a completely new experience, with an exclusive entrance for visitors, an interactive museum with nine galleries and a remodeled observatory on the 102nd floor with windows. from floor to ceiling. The trip to the world famous 86th floor observatory, the only 360-degree outdoor observatory overlooking New Yorkand beyond, orients visitors to their entire New York City experience, covering everything from the building's iconic history to its current place in pop culture. Learn more at www.esbnyc.com . 2021 is the 90th anniversary of the building that officially opened on May 1, 1931. Declared "America's Favorite Building" by the American Institute of Architects, as well as the World's Most Popular Travel Destination by Uber and the top New York City attraction by Lonely Planet, it welcomes more than 4 million visitors from around the world each year. 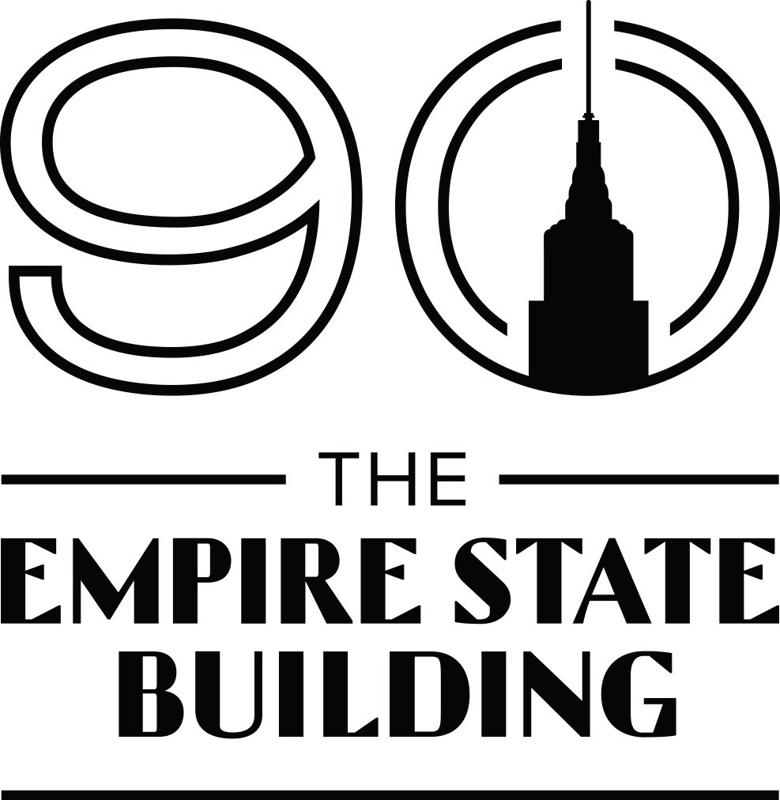 Since 2011, the building is powered entirely by renewable wind electricity, and its many floors primarily house diverse office tenants such as LinkedIn, Shutterstock, and Global Brands Group, as well as retail options such as STATE Grill and Bar, Tacombi, and Starbucks. For more information and to purchase tickets for the observatory experience, visit esbnyc.com or follow the building on Facebook , Twitter , Instagram , Weibo , YouTube, or TikTok .
About Empire State Realty Trust
Empire State Realty Trust, Inc. (NYSE:  ESRT ) owns, manages, operates, acquires and repositions retail and office properties in Manhattan and the greater New York metropolitan area, including the Empire State Building, "the most famous building in the world." As of December 31, 2020, the company's portfolio of office and retail properties encompassed 938,320 square meters (10.1 million square feet) for rental, comprising 873,288 square meters (9.4 million square feet) for rent at 14 office properties, of which nine are in Manhattan , three in Fairfield County, Connecticut, and two in Westchester County , New York ; in addition, it has approximately 65,000 square meters (700,000 square feet) for rent in the retail portfolio.
Empire State Realty Trust is a leader in energy efficiency in the built environment and sustainability space, with 76% of its eligible portfolio being ENERGY STAR certified and fully powered by renewable wind electricity. As the first commercial real estate portfolio in the Americas to achieve the WELL Health-Safety rating for evidence-based and third-party verified health and safety, ESRT also earned a 5-star (highest possible) rating from GRESB and the Green Star recognition for sustainability performance in real estate, and was named Fitwel Championin the category of healthy and high-performance buildings. To learn more about the Empire State Realty Trust, visit empirestaterealtytrust.com and follow ESRT on Facebook , Instagram , Twitter, and LinkedIn .
Source: Empire State Realty Trust, Inc.
Category: Empire State Building
Photograph: https://mma.prnewswire.com/media/1500431/Empire_State_Realty_Trust_Inc_90th_Anniversary.jpg
Photograph: https://mma.prnewswire.com/media/1500432/Empire_State_Building_90th_Anniversary.jpg
Logo: https://mma.prnewswire.com/media/479871/Empire_State_Realty_Trust_Inc_Logo.jpg
SOURCE Empire State Realty Trust, Inc.
Related Links
http://www.esbnyc.com
SOURCE Empire State Realty Trust, Inc.
Source URL - https://www.prnewswire.com/news-releases/el-edificio-empire-state-celebra-90-anos-852838548.html

RentALL Script is one of the best rental marketplace solution providers in the market. They launched a new space rental script to help space rental bu...Read More

Berkley Shores presents the perfect opportunity to find your very own haven from the hustle of city life. The community is nestled between Berkeley an...Read More 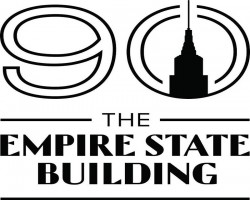