Posted 24 Dec-2019 03:51 PM by Dinesh | 20
Previous Next
Singapore, Dec 24, 2019 -- With spot trading opportunities presently scarce, leveraged trading has become a standard on many exchanges. A Top 20 exchange on CoinMarketCap, BiKi.com recently launched a leveraged trading service, offering attractive benefits to traders.
As an emerging front-line exchange, BiKi has always held itself to the standards of top exchanges. To date, its new products and innovations have been successfully launched. BiKi’s spot leveraged trading, which began its beta release on December 18th, currently offers the leverage of BTC/USDT, ETH/USDT, TRV/USDT pairs with more trading pairs to be announced in later stages.
In simple terms, leverage trading is borrowing money to increase the size of a trade, which increases potential profits but also potential losses. It has the same attributes as futures contracts, but is considered "safer" because the leverage trading price is synchronized with the spot price, which can prevent the phenomenon of pin risk in futures.
Also known as margin trading, leverage trading can be a powerful tool to grow a portfolio, especially during a bear market. While margin trading is inherently riskier, it opens up the possibility to much larger profits.The key is to develop a risk management strategy that works to cut losses short while letting profits grow.
BiKi’s Position-By-Position Leverage Model
Aware of the market volatility in cryptocurrency trading where forced liquidation is common, BiKi uses a position-by-position leverage model to reduce investor risk. With full-position leverage, a trader can easily lose everything, hence BiKi's position-by-position model was developed to  effectively control losses, whereby the profit and loss of each position does not affect funds in other accounts.
To give an illustration, using BiKi’s leveraged trading, one opens a long position on BTC and ETH at the same time, trading with 3x leverage. Let us say BTC went up, and ETH fell by 30%. In full-position mode, all leveraged positions share margins, so the profit of the BTC position will be consumed by the loss of the ETH position. Under the position-by-position leverage model of BiKi, the margin of a position is fixed so the risk of ETH positions will not have any impact on BTC positions. Each position is risk-isolated and BiKi's position-by-position leverage allows investors to better execute risk control strategies.
BiKi’s position-by-position model also supports up to 3 times leverage.
Leverage Comparisons: BiKi vs. Huobi, Binance and OKEx
Huobi charges the same interest rate on almost all currencies. Binance and OKEx have different interest rates for different currencies.
Taking BTC as an example, Huobi's daily interest is 0.098%, and the annual interest rate is as high as 36%. OKEx is only 0.024% while Binance is even lower, only 0.01%, which is much lower than the interest rate of bank loans. Hence, for a month’s leverage transaction of BTC with USD 50,000, Binance, OKEx and Huobi would charge interests of USD 300, USD 720 and USD 3,000 respectively. If the amount is higher, then the interest payments would also correspondingly increase.
Right now on the BiKi exchange, there is no need to compare interest rates. In order to attract users to its leverage platform, BiKi’s leveraged products are completely exempt from interest for the first month of the beta release. During this promotion month, users can experience 3 times interest-free leverage, and 100% of interests will be returned.
For newbies who want to explore leveraged trading, this would be a perfect opportunity as they can focus on transacting without worrying about paying interest. For veteran leverage traders, this is a cost-effective opportunity.
User-Focused Platform
The exchange anticipates the new leveraged trading to attract many users in the next month, increasing the trading volume of the platform substantially.
Its leverage trading service marks the latest user-oriented feature of the exchange, optimizing opportunities for the platform’s users to benefit off and make profits.
Amongst other user-oriented initiatives, BiKi deployed the ‘extreme deflationary model’ with its platform currency BIKI where 100% of the transaction fees were used to repurchase and destroy BIKI, increasing the value for token holders.
As a community-driven exchange, community partners also earn 60% of referral trading fees, more than what BiKi gets or what other exchanges offer. Its recently launched BiKi Mining Pool offers the highest annualized returns of 20% in the market.
“Let Users Benefit" has always been a core focus of the BiKi exchange where great importance is attached to users in the hopes of achieving a win-win situation between the platform and its users. Maintaining such a focus to retain the loyalty of its users will be instrumental in sustaining an exchange through any number of bear runs.
About BiKi.com:
Headquartered in Singapore, BiKi.com is a global cryptocurrency exchange ranked Top 20 on CoinMarketCap. BiKi.com provides a digital assets platform for trading more than 150 cryptocurrencies and 280 trading pairs. BiKi.com is focused on providing the safest, most stable and most effective cryptocurrency trading platform. 100% of the transaction fees are used in buyback and burning of platform token, BIKI. Since its official opening in August 2018, BiKi.com is considered one of the fastest-growing cryptocurrency exchanges in the world with an accumulated 2 million registered users, 130,000 daily active users, over 2,000 community partners and 200,000 community members. BiKi.com has received investments from Huobi co-founder Du Jun, Genesis Capital Zhu Huai Yang, FBG Capital, ChainUP and others totaling approximately 10 million USD.
Media Contact:
Marketing Team
Chang Jie Lin, BiKi.com
[email protected]
+65-94556702
Cecilia Wong, yourPRstrategist.com
[email protected]
+65-91826605 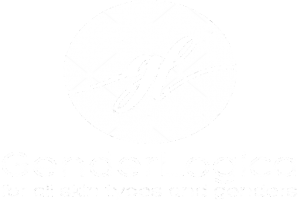 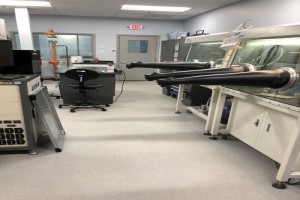